Metrois only like, the best eighties band in the Boston area. Possessing MacGyver-level skills, Metro is not simply a band, but an enchanting experience that inevitably causes audiences to dance, delivering them that unmistakable new wave feeling without all of the pesky time travel. To quote Melanie Griffith in Working Girl, Metro has "a head for business and a bod for sin."

Every member has an extensive, but not exclusive, background in music, live and studio. These are their stories:

Frank Flecca (guitar, bass, keys, background vocals): Frank played eighties music in the eighties and has been lending his able hands to progressive rock and cover bands alike in the Boston area ever since. He is a gigging (and totally radical) veteran, always brining new ideas to increase the audience's pleasure, non-pornographically. Frank is the glue, though much more talented and skilled than even the smartest glue could ever hope to be on a good day with the stars aligned. Boss.

Kevin Haverty (vocals, drums): Kevin has been singing forever (Listen, thar! In the hills! It's Kevin!). He has also been playing the guitar for fourteen years and graces his alt country band with mucho aptitude and a voice that could charm the pants off well, just about anybody (Watch it, pants!). Wicked.

Diana Karthas (vocals, guitar, bass, keys): Diana hails from a musical family who has always helped her hone her skills. Not only is Metro graced with her honey-raspy voice and prowess on stringed and other instruments, but her fan base also gets to see her perform regularly at various running gigs all over. Makes sense from a young lady who had a gigging all girl rock band in high school. Her album "Step Into The Light" has been called "a real achievement in melody and lyricism" and she brings the same energy and sincerity inherent in her original work to the cover bands in which she has consistently played. She is also a well-loved music teacher, bringin' it to the next generation. Fresh.

Jenn Sutkowski (vocals, guitar, keys, harmonica): Jenn finds a multi-pronged approach to the arts the most rewarding road to chops and delight. She writes and records original music at home and in various studios in various cities. She has sung in several indie rock bands as well as a twenty-one-piece swing band and hosts a relatively drunken and profane weekly karaoke night. After formal (but not stuffy) training in voice, flute and piano, she did some summer stock theater and went to Boston University for film and Harvard for her master's in English literature. She has been called a "sexy, dynamic performer." Dope. 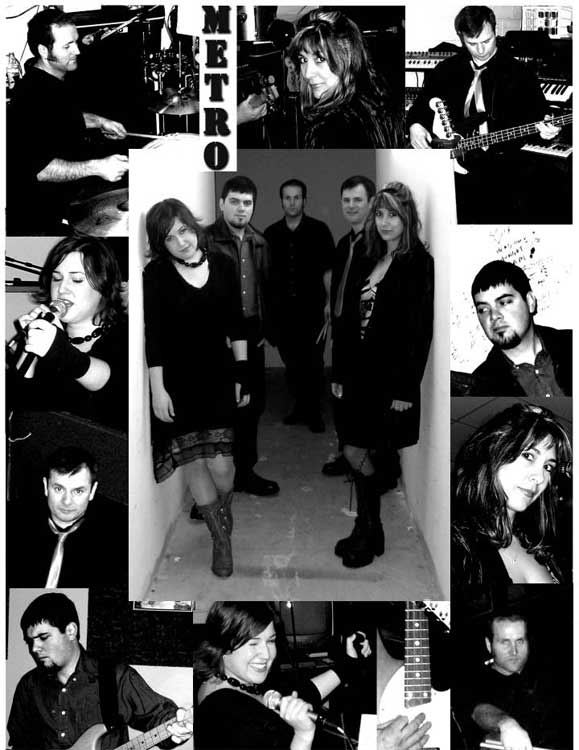