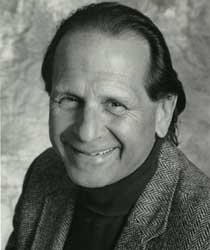 Bob Seibel is one of Boston’s most Popular comedians and certainly one of funniest. Ask any of his fans who return time after time to see his hilarious, uninhibited performances. To say Bob is a unique performer is an understatement. The audience is totally aware of this, and becomes willingly involved with his presence the moment he steps on the stage and “ takes command “ of their attention. Every routine is greeted with enthusiasm and laughs, and “ Does he get laughs!” says the Worcester Evening Gazette.

His reputation for quick, sustained improvisation is well known throughout the comedy clubs in the New England area. “ You never know what he will say next!” is the answer club owners give their patrons when asked about this constantly creative comedian. This is also the opinion of his fellow comics and crowds who have seen his show.

It is a guaranteed evening of pure entertainment for any audience willing to take a deep breath and hold on to any fixed object while Bob takes everyone on a fast paced , non stop tour of life as seen by one of it’s most off beat visitors.